An unmanned surface vehicle (USV) was envisaged as a platform for carrying a remotely operated vehicle (ROV) for underwater operations as well as a remotely piloted aircraft systems (RPAS) for airborne inspection tasks. The USV shall travel between different aquaculture sites and its land base. The project results and the outcomes from the developed technology show that: (1) inspection operations at fish farms (aerial, surface and subsea) can be rendered more systematic and more autonomous; (2) on-site manning of fish farms can be reduced, especially for inspection operations; and (3) several of the inspection tasks can be moved to remote operation centres. The results from Artifex therefore yielded a foundation for the development of new products and services that are unlocking unmanned operations in aquaculture hence minimizing the risk for personnel and expanding the weather window for operations at remote and exposed sites. Elements of the Artifex platform can operate in potentially hostile environments where waves, current and wind interact with flexible floating structures, rendering the relative motion between the USV / ROV / RPAS and the structures very difficult to predict, especially at exposed sites.

The project was organised in 5 different work packages (WPs):

WP1, Vehicle design and onboard equipment

The requirements summarising the needs of the Artifex project were initially gathered, and a catamaran-shaped vessel was chosen as being most suitable since it allows for ROV deployment though a moonpool obtained between the two hulls. A geometric model of the vessel was created to determine its seaworthiness and visualise the best possible placement of all the vessel systems and the onboard equipment. Prototypes of the launch and recovery systems (LARS) for the USV-carried ROV and RPAS were also developed. The LARS operations were defined and simulated in sea state conditions experienced at exposed aquaculture locations in Norway.

The tasks that the Artifex system shall execute were defined and analysed using the SEATONOMY methodology. The analysis set the guidelines on how the different elements of the Artifex USV shall cooperate, including guidelines on operator interaction. In particular, a remote-control room equipped with a simulator that provides the operator with the required situation awareness so that she/he is able to make sound decisions has been designed and built by Maritime Robotics. Furthermore, the project developed solutions for path following and motion control of the USV that take the cooperative effort between the three units encompassing Artifex into account. Methods for observing and recognizing fish farm structures from the airborne RPAS had to be developed to achieve autonomous operational ability for the Artifex system.

A tether management solution for the tethered RPAS was developed. Navigation systems and motion control systems for the RPAS were developed and integrated in Artifex based on off-the-shelf autopilot software for unmanned arial vehicles. The project also investigated algorithms for generating mosaics from aerial images captured by the Artifex RPAS. The purpose of the generated mosaics was to enable remote inspection of aquaculture farms by offering the level of detail required to detect deviations and changes from the previous state of the site under examination.

A navigation and motion control system has been developed for safe and accurate navigation and control of the ROV to perform inspection operations, intervention operations, and safe launch and recovery. Within Artifex, a high level of autonomy has been achieved for navigation in aquaculture net pens with minimal requirements for operator interaction. A control system has been developed to adjust the length of the tether connecting the USV to the ROV using an automated winch.

The project also developed simulation tools to identify the sea conditions that are closest to the operational limits of the ROV and its motion control system to validate their functionality in harsh weather. Furthermore, the Artifex project contributed to develop a subsea manipulator arm to make it possible for the ROV to execute light intervention tasks in the aquaculture domain.

Two validation activities were performed: one concerning the airborne and subsea operations, and one concerning ROV LARS validation. It was shown that it is possible to perform complete arial and subsea inspections of standard aquaculture facilities using aerial drones and unmanned underwater vehicles. The ROV LARS was mounted on a catamaran prototype and was tested successfully in sheltered harbour waters using a dummy ROV as a testbed. 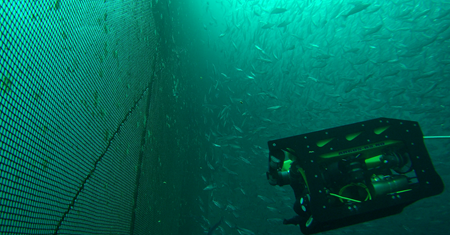 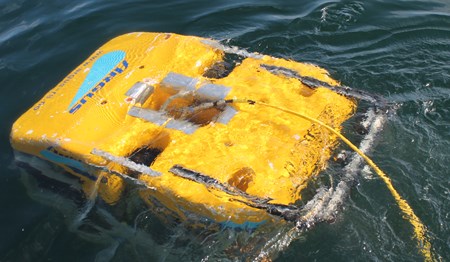 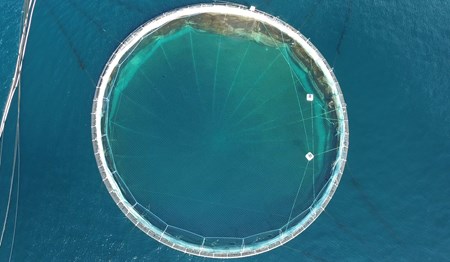