14. December 2016
After winning first prize in a UN competition, SINTEF will be leading a project to promote solar-powered electric vessels in North Africa and the Middle East.

On Wednesday 14 December, UN Secretary-General Ban Ki-moon handed over a cheque for 1 million US dollars to SINTEF CEO Alexandra Beech Gjørv. The cheque is visible proof that SINTEF has succeeded in winning an annual UN competition held to identify innovative solutions to global energy challenges.

The award is a grant offered to an individual, institution or partnership based on past and current achievements in leadership and innovative practices in advancing energy for sustainable development.

The award was presented during a formal ceremony at the UN Headquarters in New York. A total of 157 proposals competed in the contest which was organised by the UN Department of Economic and Social Affairs.

The theme of this year's grant is "Energy for Sustainable Transport". The SINTEF project "Solar Fuelled Electric Maritime Mobility" seeks to demonstrate the feasibility and the social, economic and environmental benefits of solar-fuelled electric boat transport in Tunisia and the wider region.

The project will be headed by SINTEF, and project participants include the Tunisian Agency for Energy Conservation and the country's most important technology education centre. Their goal is to convert a traditional Tunisian coastal vessel into a demo ship powered by a battery-driven electric engine.

Charging at the quayside

The hope is that a solar panel farm can be installed in the vessel's home region on the Tunisian coast. Using the electricity grid, the solar panels will supply the vessel with entirely green electricity when it moors at the quayside.

"As far as we know, provided that the solar panels are installed, our demo vessel will be the first in Africa to be powered by solar energy", says Project Manager and SINTEF researcher Moez Jomâa, who was born and raised in Tunisia.

During the next six months, the project participants will identify a vessel suited to be their demo ship, in collaboration with Tunisian authorities. According to project leader Jomâa, the converted demo vessel will be anything from a car ferry to a fishing vessel.

Technology for a better society

"We are extremely honoured to receive this grant from the United Nations, rewarding SINTEF for leadership and innovative practises in energy for sustainable development. Our vision is 'Technology for a better society', and it is essential to develop new and innovative energy solutions to succeed", said Alexandra Bech Gjorv, CEO of SINTEF, at the award ceremony. She added that the project in Tunisia combines many of SINTEF's research areas, like marine technology, solar energy, power systems and future transport systems.

Foreign Minister Børge Brende said: "This is not only a great recognition of one of Norway's most important technological research institutes. It is also an important contribution to resolving the environmental challenges facing the world."

No carbon copy from the West

Norway is a pioneer in the electrification of marine transport. The world's first battery-driven car ferry is currently in service across Sognefjord. SINTEF has assisted industrial customers in the analysis and development of electrically powered vessel propulsion equipment, and is currently conducting research into the optimisation of maritime battery systems.

This knowledge will be applied as part of the Tunisian project. However, Moez Jomâa emphasises that copying systems developed in more affluent parts of the world is not an option in the Norwegian-Tunisian demo project.

"The technology we will be demonstrating will be adapted to the economies of medium-income countries", he says.

The participants will also be documenting the environmental and financial impact of the project.

"We'll also be disseminating the know-how we develop from this project to other countries, namely the sun-rich countries of North Africa and the Middle East", says Moez Jomâa.

Secretary-General Ban Ki-moon said at the award ceremony that the transport sector is responsible for nearly a quarter of energy-related greenhouse gas emissions.

"The answer is not less transport – it is sustainable transport. We need transport systems that are environmentally friendly, efficient, affordable, and accessible," he said. 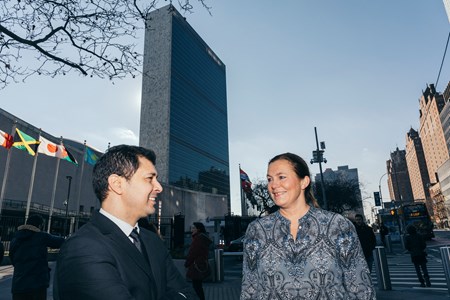 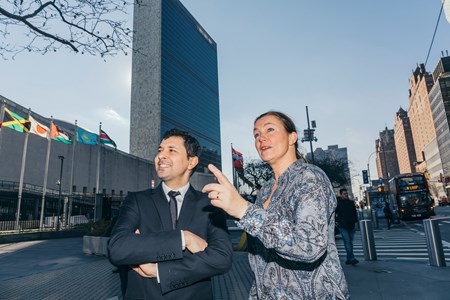 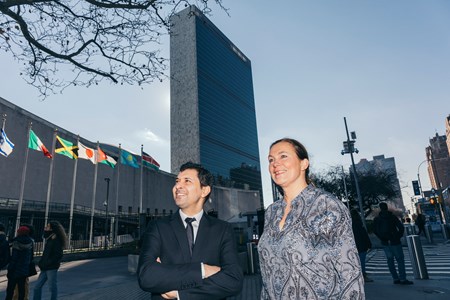 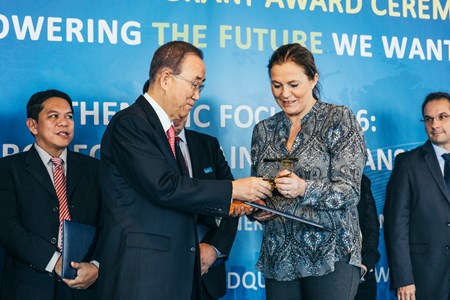 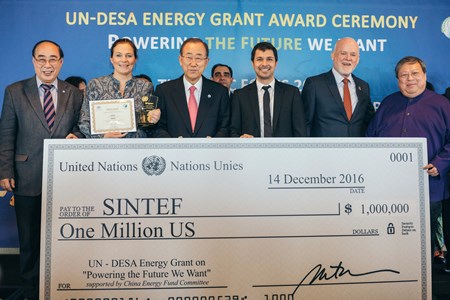 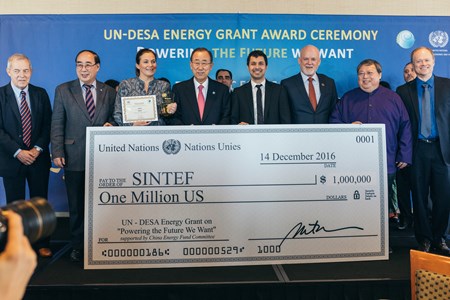 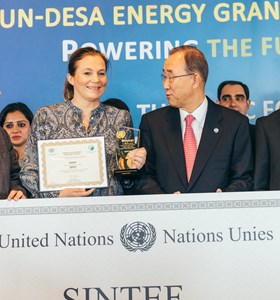 SINTEF project in Tunisia, supported by the UN

Sign up for our newsletter and stay up to date